To design means to tell.

The design starts from experience: when I decided to change my siteweb five years ago, I questioned everything I had learned up to that moment. I also questioned who I was and after a lot of work I put pen to paper the work done, both personally and professionally, in the last ten years.

In these five years, of course, I have met other people, seen and told new stories and I realized that my luck lies right there, in the people I met, with whom I exchanged opinions, ideas, laughter and even a few tears and that I keep them all, one by one, in my heart.

And so the heart, the anatomical one, became my symbol.
Since the dawn of time, the heart has been the center of emotions and memories. Did you know that the word “memory” itself derives from the Latin “re-cordis” and means, using the words of Eduardo Galeano, “to go over to the parts of the heart”? 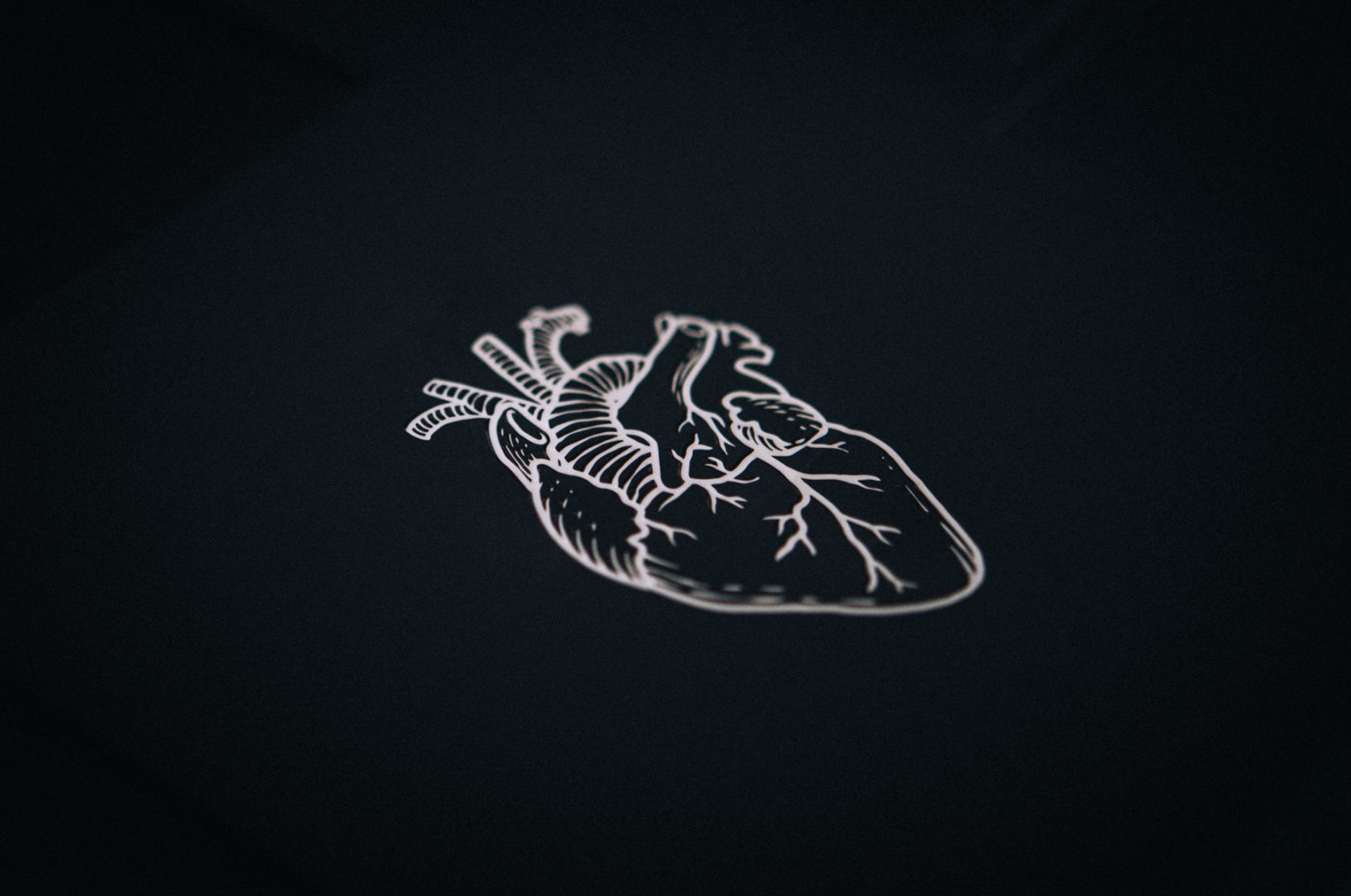 I reviewed my website, the contents I had written, my communication on social networks but also my studio and I thought it was appropriate to dedicate time to packaging as well.

I started from what I had identified as my symbol and so, right from there, I built all my new communication. I wanted to involve all the senses, I wanted it to become a real experience.

I first thought about the color that most represented me, black, because black is, yes, a symbol of elegance but it is also synonymous with ambition and the font to use, a more elegant, soft one, almost representing my most sensitive side, and a stronger one, to show my more determined side. 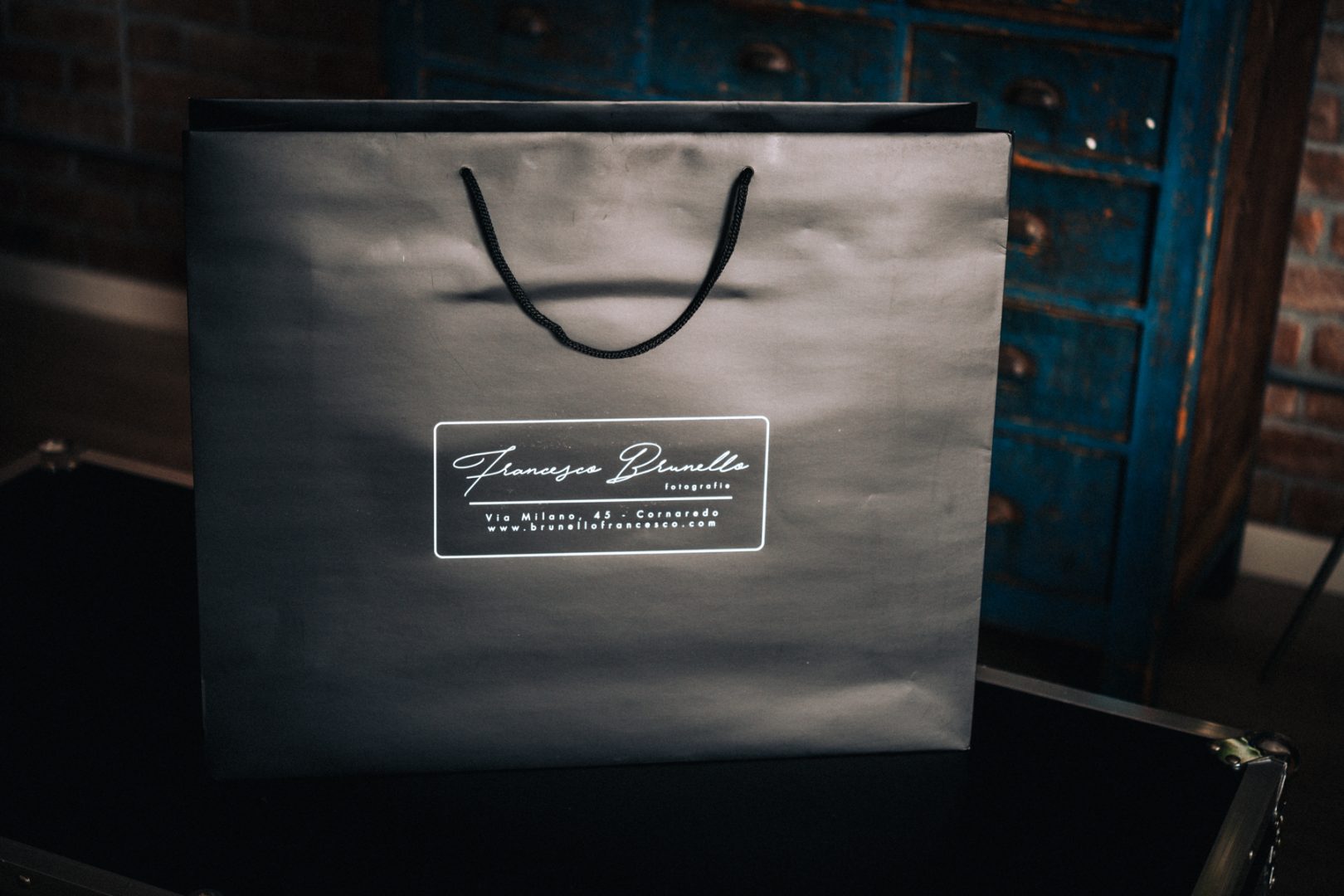 One day, in one of the weddings that I hold so much in my heart, the bride’s mother gave me a rice-holder cone, one of those that are left outside the church for all the guests. I got an idea. 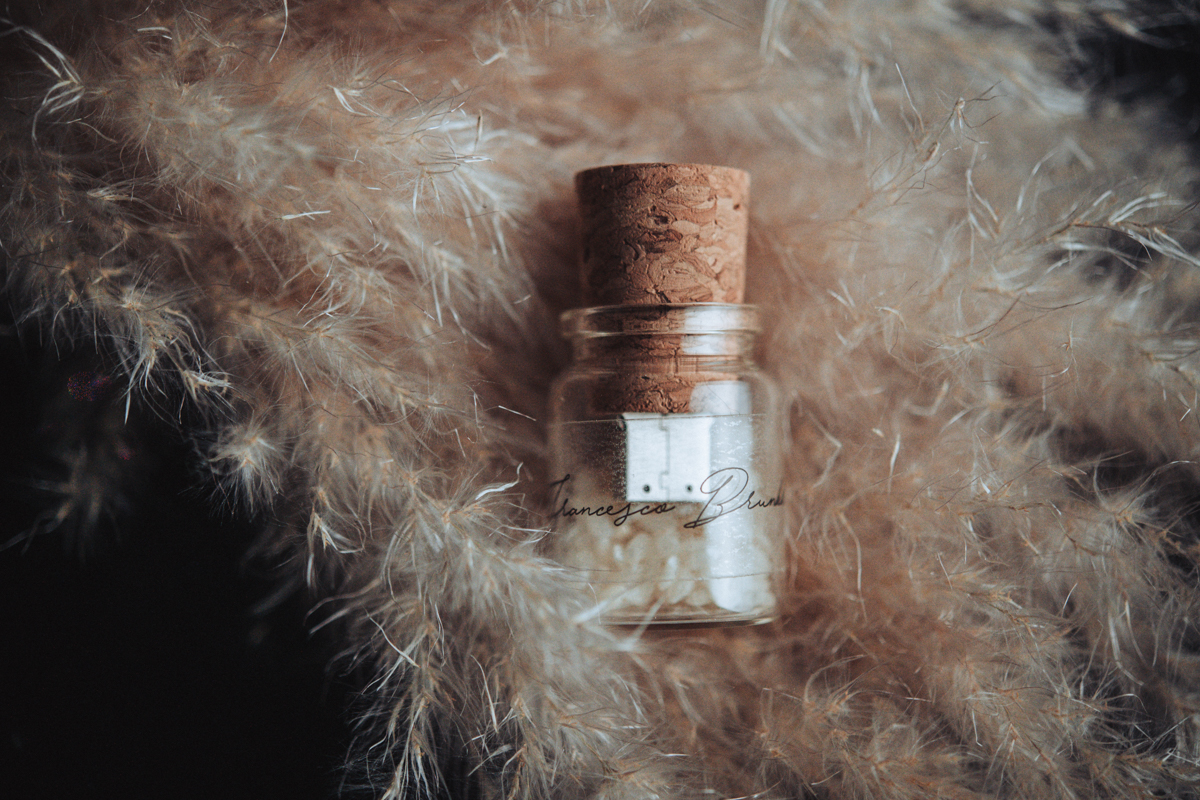 The throwing of rice dates back to an ancient Chinese legend, according to which rice is a sign of abundance and prosperity; then I remembered when until a few years ago we always brought home some sand from the place where we went on vacation just as a memory of that summer and of the moments spent by the sea. So, I decided to use – your – rice as a souvenir of that day, to keep it and give it to you in a closed bottle, almost as if to keep the applause, the whistles, the laughter of that moment, just like you do when you put close to the ear a shell and you have the sensation of listening to the sound of the sea waves.

I’ll tell you a secret.
Everything that is carefully guarded becomes precious.

In my head, however, there were still some details to be defined.

The symbol, the color, the fonts to use, the rice: yes, but how could I give you the best memories? I needed a package and, passionate about the world of perfumes and fragrances, I was inspired by perfume packaging.

Sometimes we accidentally smell a perfume and emotions, sensations immediately resurface. The perfume allows us to travel through time and rediscover those emotions and sensations of the past; a fragrance can make us review the sensations of what until then was only a memory. I wanted that as soon as you opened your box of memories, you could smell the same fragrance that you feel inside my photo studio; that is a fragrance whose base notes, with hints of vanilla, will even envelop your heart.

Speaking of the box – of memories -, I started from the shape: the hexagon is the symbol of balance, it is the scheme of harmony par excellence. The plexiglass of the package, transparent, shows what is inside and immediately refers to the plexiglass of the album box, handcrafted, handmade just as it was done in Japan in the past; it is as if time had stopped in those years: isn’t this the true meaning of memories?